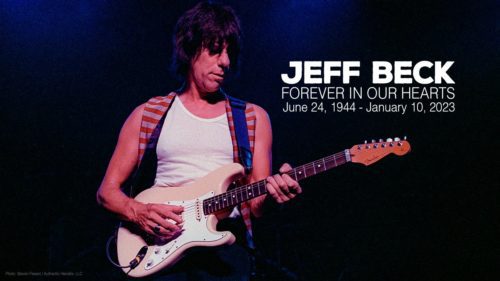 The music world has lost another great as Jeff Beck passed away this week. His friends took to Twitter to pay their respects and tributes.

Made with ♥ by Vipology • Influenced By Radio